Origin of the arctic Driftwood

I would like to know more about the archival character of driftwood – what kind of information does it contain?

We can find driftwood on all Icelandic beaches; all of it is of boreal origin. The driftwood can be pine, spruce, larch or certain broadleaf species. Their wood anatomy tells us the trees’ species and gives us a rough idea about their origin. For example, if it’s pine we know it’s from Europe or Asia, if it’s larch we can tell it originates further east in Siberia.

If we measure the ring widths we can basically read the tree’s climate history and for example, if it was attacked by insects. A tree ring is composed of wood, which is formed in the beginning of the growing season, and wood that is formed in late summer. The tree ring width is mainly related to the summer temperature. In a boreal forest, a warm summer will result in a wider tree ring, a cold summer in a small ring. The different tree ring widths form the tree ring pattern, which is like the tree’s fingerprint.

My colleagues and I have sampled different sites across the Boreal forest from Norway to Alaska, Canada and Siberia and developed a network of chronologies. We can compare each sample to this network and find out exactly where the wood originates and when the tree fell into the river. With this information, we can then estimate how long it took the driftwood to arrive on the Icelandic shores.

How does the driftwood get to Iceland?

The driftwood you find on our beaches today are mainly pine logs, from the forest industry at the Yenisey river in Central Siberia. You can also find larch – most of it is natural wood that eroded from the benches of the Artic rivers and drained into the Polar Basin. The driftwood then gets embedded in sea ice and is transported by currents and wind. Everything that enters the Polar Basin from Siberia but also from Canada and Alaska, moves through the Fram Strait, between Greenland and Svalbard into the Atlantic Ocean. Then it is transported along the east coast of Greenland, until the ice melts and the wood drifts in open water and lands on a beach. You can also find a lot of driftwood in Greenland, Svalbard and on smaller islands like Jan Mayen. And we find wood from the Arctic on the Faroe Islands, so it can drift quite far.

But the wood has limited buoyancy; it can only drift on open water for a certain time. For example, spruce might be able to drift for 6 or 7 months in open water, then it gets water saturated and will sink to the ocean floor. As the Arctic sea ice is receding rapidly because of climate change, we will probably see less driftwood in Iceland. Without sea ice, the wood simply won’t be able to drift all the way to Iceland or the Faroe Islands. 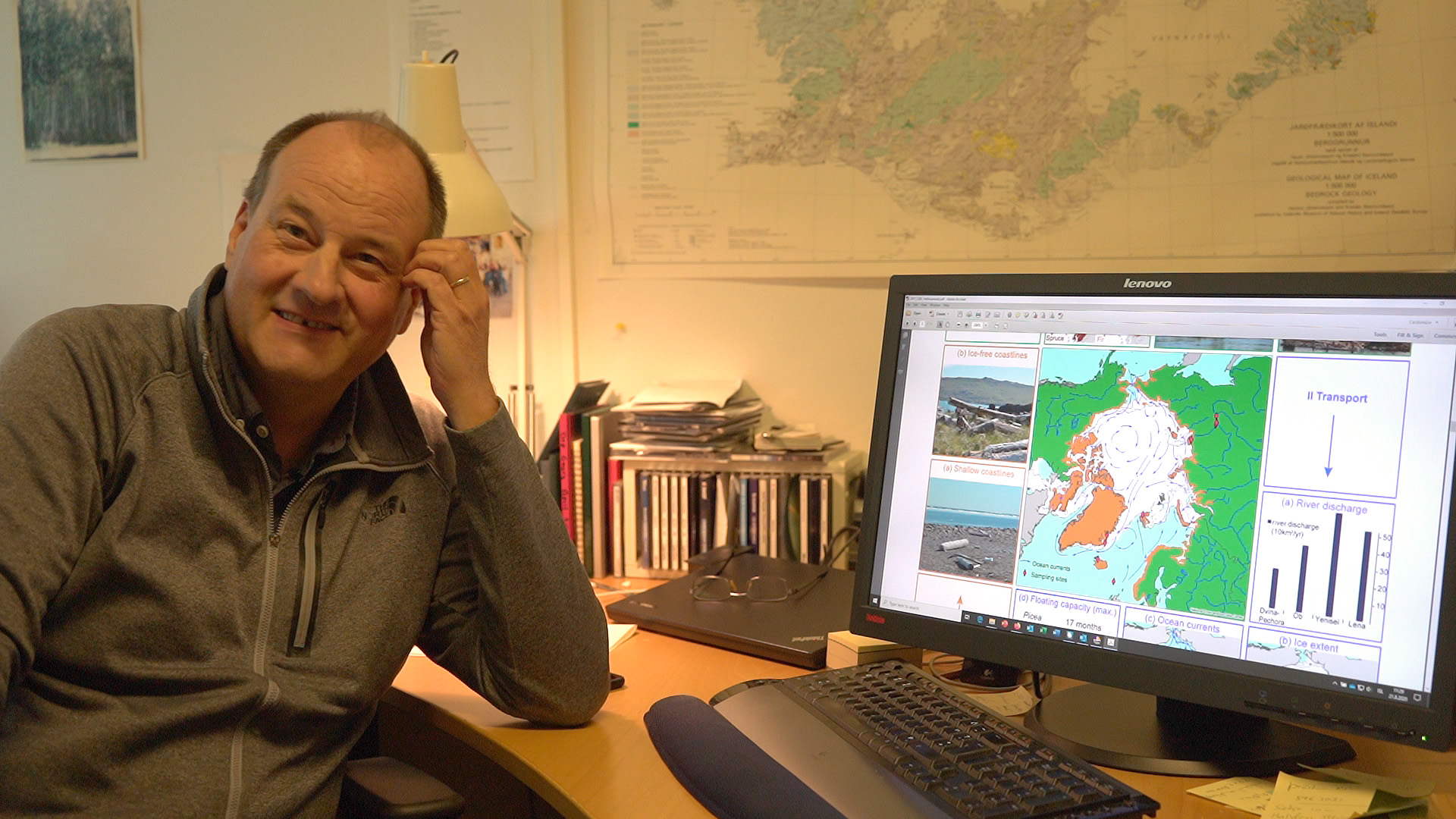 Can you already observe that the amount of driftwood has decreased over the past decades or centuries?

This is quite difficult to estimate. There is some driftwood research on raised beaches in Greenland where you can find driftwood that is about 10,000 to 11,000 years old. During periods when the coasts of Northern Greenland were covered with permanent land-fast ice, there wouldn’t be any driftwood as the ice was blocking the beach. But less sea ice would lead to an influx of driftwood. The sea ice variability and thus the amount of driftwood, constantly changed over the past 10,000 years.

But if we talk about what is happening now during the last decades, and we ask the farmers who still utilize driftwood for example – fence poles and timber, they tell us that there’s very little new driftwood arriving on their beaches. This might indeed be caused by the decreasing extent of sea ice – the ice in which the driftwood is embedded, melts further north than it used to, so the wood sinks to the ocean floor before it arrives at the shores of Iceland.

And there is another factor that plays a role in the amount of driftwood we receive. In the middle of the last century there was a lot of industrial logging in Siberia. They used to float the logs down the rivers, in order to reload them on ships and they lost a lot of wood in these rivers that would then transport it to the Arctic Ocean. But nowadays, they have switched to other transport methods and don’t lose as much wood in the rivers.

On the other hand, global warming also causes the permafrost to thaw; it leads to more intense spring floods and thus increased river bench erosion. So there might be as much or even more naturally eroded wood that is being transported from Siberian rivers like Yenisey into the Arctic Ocean. It just doesn’t get here anymore because of the lack of sea ice. It’s a very complicated system and we don’t have scientific proof, but we know from the farmers that there’s also much less naturally eroded wood arriving on our beaches. 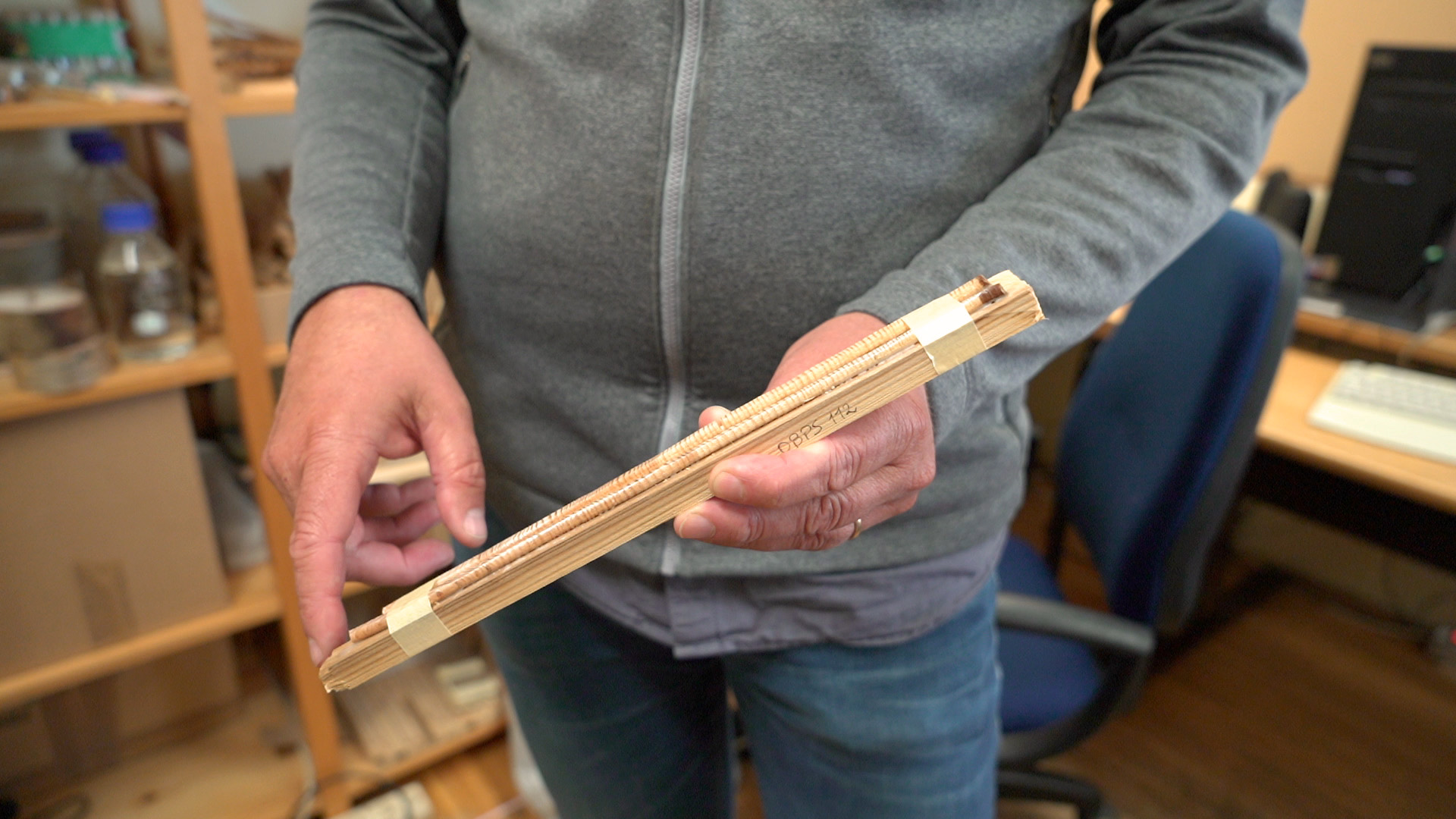 How did people in the past make sense of where driftwood comes from?

Iceland was colonized 1100 years ago by Norwegians who came from forested land, so they were used to wood as a construction material. When they arrived, they noticed birch forests covering the island from the mountains to the coast and probably tons of driftwood on the beaches that had been piling up there for thousands of years. The settlers used driftwood as firewood and construction material – it used to be a very important resource. They didn’t know the species, but had many different names for the different wood types describing what it could be used for – if it was good for ship building or for example, carving.

People used to think the driftwood came from the south with the Gulf Stream – that was still the case in 1988 when I started my driftwood research, although it was already known at that time that driftwood is embedded in sea ice, coming from the north with the currents from the Polar Basin.

You might say that Fridtjof Nansen was the first to study driftwood – at least partially. When his thesis was published in 1885 he already knew that driftwood came from Siberia. So Nansen concluded that there must be a current coming from the Siberian islands, maybe even crossing the North Pole and then leading through the Fram Strait that later was named after his vessel. The vessel that he and his team took out into the Arctic Ocean, was constructed to get stuck in sea ice, which allowed them to measure the drift of the ice and the sea currents.

How long does a typical driftwood journey take?

If you look at the Yenisey river that is the main source of the recent driftwood found in Iceland, it might take only 6 years, so it can be quite fast. But normally it takes maybe twelve to fifteen years, as the sea ice might slow down, drift in circles or pile up. Wood from the Mackenzie river in Canada, drifts into the Beaufort Gyre and might stay in this circle for many years, until it is transported into the Transpolar current and further into the Fram Strait between Svalbard and Greenland. Therefore, driftwood from Alaska and Canada might travel much longer than from Siberia.

Can driftwood tell us something about our future climate?

The warmest period during the last 12,000 years was about 8,000 years ago and today’s temperatures are getting similar to that. Climate studies with driftwood can gather information for the past c. 11,000 years – theoretically we would be able to predict the future from these findings about the past. But we disturbed the natural system with our carbon emissions and the effects are different from the natural climate variability. The ice melts like never before as the Arctic is warming more than twice as fast as the global average. This also causes the permafrost to thaw which releases more carbon dioxide, as well as methan to the atmosphere. Methan may not last as long in the atmosphere as carbon dioxide, but is a far more potent greenhouse gas, triggering a feedback loop further warming the planet. 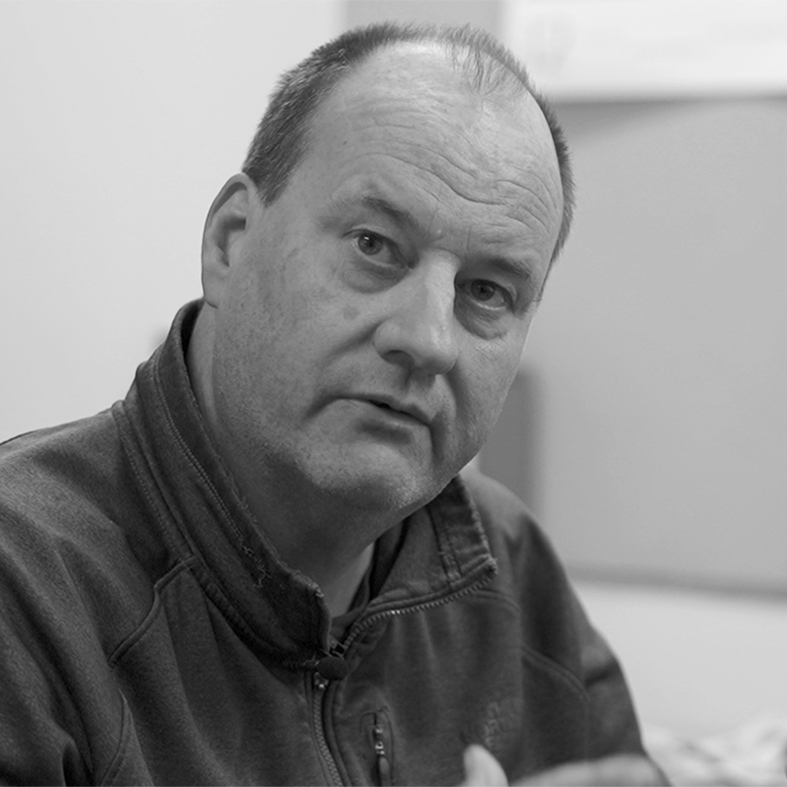 Ólafur Eggertsson graduated in 1994 with a PhD in Quaternary Geology from Lund University, Sweden. The title of his thesis was “Origin of the Arctic Driftwood”. He was an Associate Professor at Lund University from 1995 to 2000 and the head of the laboratory for wood anatomy and dendrochronology at the same university. Since 2000, he has been a senior researcher at the Icelandic Forest Service in Reykjavík and a teacher/mentor at the Agricultural University of Iceland.