Driftwood was a resource you didn't want to waste

What makes this site here at Hvítsandar special?

Driftwood has been a very important resource for the Icelandic nation basically since the settlement and Strandir is one of the main driftwood areas in Iceland. The driftwood owners lived all around the country. It was mostly church sites, the episcopal sees and monasteries that had ownership of driftwood easements quite early on. They would send workers to the areas where their driftwood was collected. The workers would spend about a week there to partially work the wood before they transported it to its owners. We have sources proving that driftwood was collected here. When I surveyed the site a few years ago, I saw these structures that resemble seasonal living quarters. So this might have been a seasonal station for driftwood utilization, where workers lived when they worked the wood.

Did they collect driftwood from the sea or the beach?

I would say both. As soon as the driftwood reaches the shore, you have to put it up on something to dry. It can’t be left in sand or grass as it will start to rot right away. Especially when driftwood was still heavily utilized, people would take it straight away because it was a resource you didn’t want to waste. According to the law, if you’re the land owner and driftwood washes on your beach or floats close to it, it’s yours. But the land owners had to mark their driftwood. Each farmer or church had their own driftwood mark and it had to be witnessed by 6 neighbors for it to become legally binding. The marks were usually a combination of lines that kind of look like runes.

Have you ever found any of these driftwood marks?

I have not seen them here and I think people stopped marking their driftwood some time ago. But I found one on the post from a house in Greenland and it looked very similar to the driftwood marks here in Iceland, so there might be similar law codes for driftwood in Greenland as well. 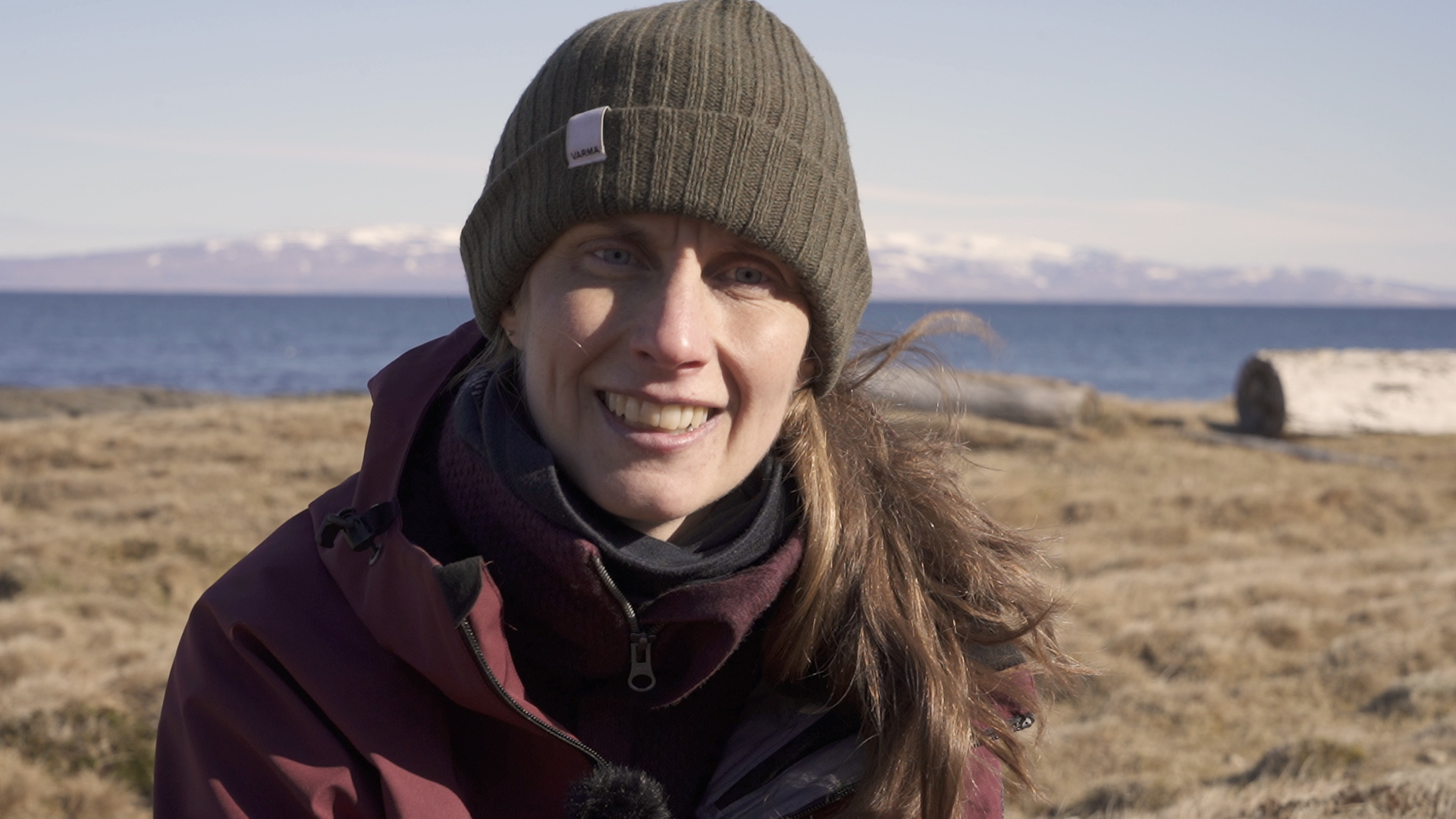 What other human traces can be found on driftwood?

Most of the driftwood we used to get was lost during timber floating in Russia. They floated the logs down the rivers to get it to the sawmills. Quite often you can find chopped dents on driftwood or small holes which were used to fasten the logs together, otherwise they would have floated all over the place.

How did people know if the driftwood was of good quality?

They would use their senses to identify the wood – they would listen, smell and of course look at it and touch it. Often you can’t really see if a trunk is rotten inside or not, so one method was to listen to the wood. You needed two people for that, one to knock on one end of the trunk with a stick, a piece of iron or a stone and the second person to listen on the other end. If the wood is solid, the sound is kind of high pitched, if it’s rotten it sounds darker and hollow.

Larch has a very distinct reddish color and is a really good wood for construction. It’s naturally rot resistant and lasts a lot longer than pine or spruce. Farmers in this region are able to recognize it straight away by its unique smell and [they] taught me how to do it – if I were to choose wood for my house, I would definitely go for larch.

You mentioned that people in Strandir did have a certain method to preserve their driftwood objects?

A very old tradition here in Strandir are stave-built vessels that were used with a lid as containers for all sorts of things. These needed to be liquid-proof, especially if they were used for milk. One method was to mix juniper, sometimes crowberries and another plant that is called sortulyng in Icelandic (Bearberry/Arctostaphylos uva-ursi) and boil it. Sortulyng contains a high level of tannin and is completely black. When the objects were freshly made, the resulting liquid – called sortlyngslögur – was put inside them for a few days or they just rinsed them with it. This liquid turned into a pretty solid layer, so the inside of the vessels looked black and shiny, didn’t leak and were easier to clean. Making the vessels liquid-proof was very important and difficult as wood is such a living material.

What were stave-built vessels used for apart from storing milk?

They were mostly used for food storage during winter which was very important. People kept them in the house, but they were dug into the ground to keep the contents cool – skyr was stored that way for example. The most famous vessel that was made here in Strandir is called Stranda sár. It was a very large stave built container and used to be a speciality of this region. They were highly sought-after and you needed to have a lot of skills and to have practiced to build them. So if you wanted to have one of these vessels, you wanted them being built here, because that’s where the expertise was. The containers could keep at least about 300 liters. They were huge, so if you had to move a container you basically had to dismantle your building or take the roof off to get it out. The vessels were used until people moved out of turf houses in the 1920’s or 1930’s and even later on. I think the oldest source about these containers is from the 13th or 14th century, so it’s a very old tradition that didn’t really change for a long time. I’m sure that some of them are still around. 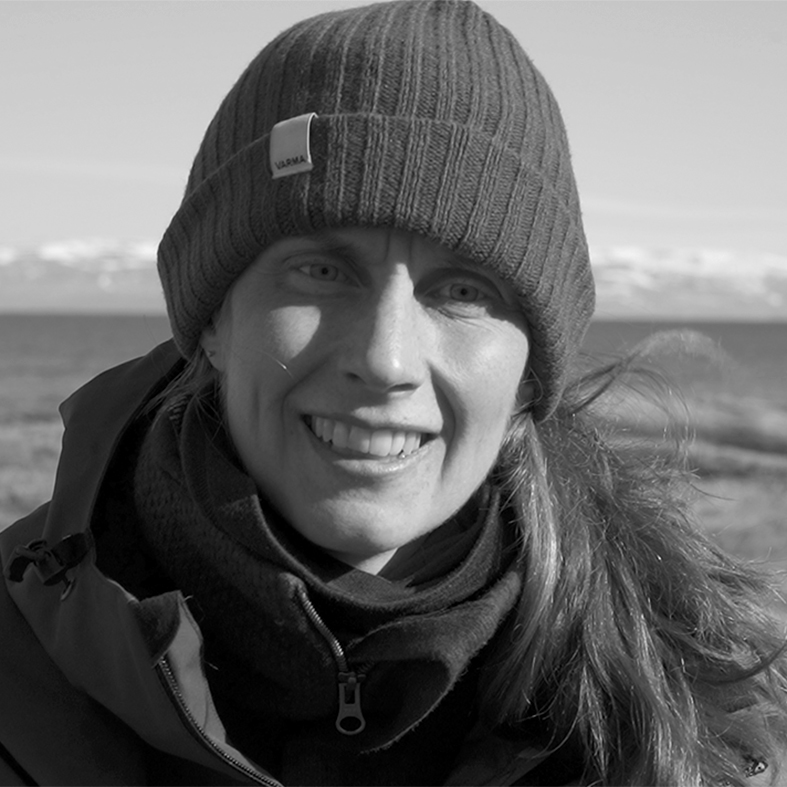 Lísabet Guðmundsdóttir is a PhD student in archaeology at the University of Iceland. She is currently working on a project called “Sticks and Stones. Raw material uses in Norse Greenland”. The aim of the project is to obtain a more comprehensive understanding on wood utilization practices in Norse Greenland. Her main research interests are driftwood utilization in Iceland and Greenland.