THE FAMILY TREE: WHERE DOES DRIFTWOOD COME FROM?

Jón lærði Guðmundsson, a poet and magician from the 17th century, assumed driftwood came from underwater forests – and when trees died, they would drift to the ocean‘s surface.

Driftwood is a true globetrotter that travels thousands of kilometers from boreal forests in Eurasia and North America before reaching Icelandic shores. There are two types of driftwood logs: harvested trees from the forest industry that were lost during river transport and contain obvious saw cuts; and trees with preserved roots that were eroded naturally from river benches.

The boreal rivers carry the driftwood into the Arctic Ocean where it gets frozen in sea ice and is transported by oceanic currents and wind. The main currents governing sea ice drift in the Polar Basin are the Transpolar Current and the Beaufort Gyre, a clockwise circulation north of the Beaufort Sea. Siberian driftwood is directly transported into the Transpolar Drift and through the Fram Strait between Greenland and Svalbard further along the east coast of Greenland. It can travel across the Arctic within 2-3 years, but a typical driftwood journey takes between 12-15 years, as the sea ice might slow down, drift in circles or pile up. Wood from Canada or Alaska might travel even longer if it gets caught in the Beaufort Gyre first. It can stay in this circle for many years before eventually being carried into the Transpolar Drift. When the ice melts in summer, it releases the embedded wood which then drifts in open water until it lands on a beach – unless it sinks before reaching it. 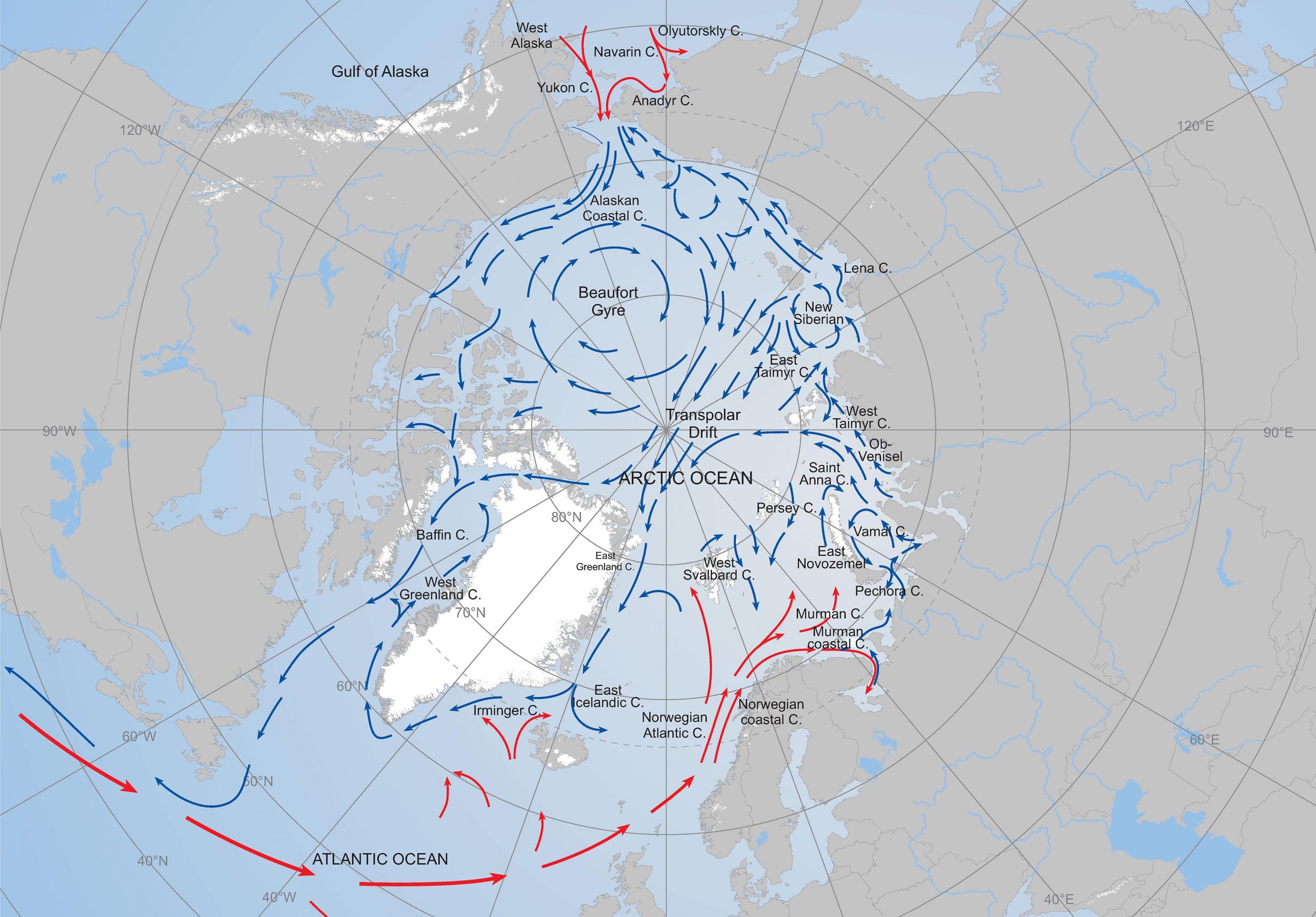 Driftwood on Icelandic shores mainly consists of conifers; pine, spruce, larch, but some broadleaf species can also be found. Today, most of the driftwood in Iceland are pine logs from the forest industry in Siberia that were lost during timber floating in the 20th century. Driftwood is very common in Greenland and Svalbard as well, it can even beach hop around the Arctic and drift as far as Faroe Islands.

Each tree species has a distinct look, smell and cell structure which gives scientists already a rough idea of the tree’s origin. For example, pine grows in Europe and Asia, larch further east in Siberia. Scientists also study the tree rings of driftwood which are composed of large, light cells formed in the beginning of the growing season and smaller, darker cells formed in late summer. The width of each tree ring mainly depends on the summer temperature – the warmer the summer, the wider the tree ring. The different tree ring widths form a fingerprint-like pattern. Scientists compare the tree ring pattern with reference chronologies which you could call an “Arctic library of tree rings” – if they find a match, they know exactly from which forest the driftwood started its journey.

Living Archive: What does Driftwood tell us about climate Change? →