LIVING ARCHIVE: WHAT DOES DRIFTWOOD TELL US ABOUT CLIMATE CHANGE?

I’m so impressed by these trees, they really had a tough journey. That’s another reason why they should be celebrated and used for exciting research.

Old driftwood is still piling up on Icelandic beaches, but new arrivals of both felled trees and naturally eroded ones have decreased significantly over the past decades. Developments in the forest industry and the changing climate in the Arctic are supposedly the main causes for this development. While more efficient timber floating techniques in Siberia have reduced the loss of wood substantially, the numbers of uncut trees on Icelandic shores should theoretically increase as climate change is a major driver of erosion. But driftwood needs to get frozen in sea ice to travel into the Arctic as its buoyancy is limited – depending on volume and species it can float on open water for 6-17 months before it gets saturated and sinks. With heavily receding sea ice, driftwood might not even reach it anymore in the first place or melt out further north than it used to and its journey ends on the ocean floor before arriving at the shores of Iceland.

Fueled by the dramatic loss of sea ice, the Arctic has been warming three times faster than any place on Earth. Sunlight that would have been reflected by bright sea ice is absorbed by the dark ocean instead, heating it up. This alarming development creates new challenging conditions for ecosystems all around the region. It intensifies northern wildfires, is thawing carbon-rich permafrost and causes ripple effects on a global scale, including rising sea levels and extreme weather events. That’s why it is extremely important to understand causes and impacts of climate change in the Arctic and to comprehend how this complex climate system behaves without human impact.

Driftwood is not only a tough traveler, it has also been collecting detailed Arctic climate records since the end of the last ice age 12,000 years ago. The sum of a tree’s yearly rings reveals its age and their distinct pattern provides insights into the climate conditions at the tree’s home forest. With the help of reference chronologies or radiocarbon dating, scientists can also find out when the tree lived and started its travels. By comparing the departure and arrival point of the driftwood’s journey, they can roughly estimate how long it took and how the oceanic currents behaved as driftwood hitchhikes with sea ice, which in turn is transported by the currents. With a strong Transpolar Current, most of the driftwood ending up in Iceland, Svalbard or Greenland originates in Russia. A more robust Beaufort Gyre leads to a higher influx of driftwood from Northern America instead. These large currents seem to shift power depending on temperature and wind conditions in the Arctic. The recent reduction of sea ice, both in concentration and thickness, has also affected these currents, making them more variable.

Sea ice coverage in the Arctic has varied throughout the past 12,000 years and driftwood reflects these changes. A high concentration of sea ice prevents it from melting and traps driftwood, keeping it from reaching the shores. In contrast, lower sea ice coverage causes more ice to melt and leads to ice free coasts, paving the way for an influx of driftwood. To reconstruct past sea ice coverage, scientists connect the dots between the driftwood’s age, how much of it washed ashore during different time periods and the place it was found.

Driftwood also offers insights into changing sea levels. Since the last ice age, there has been an uplift of the land, because the islands were pressed down by large ice sheets. The higher the driftwood is deposited on former beaches, the older it is, showing us how the sea level changed throughout the Holocene.

Finding driftwood that is several thousands of years old is tricky as it is such an important resource for fuel or building material in the Arctic. But scientists are tracking it down in remote places and access the driftwood’s archive to reconstruct past climate conditions. They will combine this data with other archives like ice cores and ocean sediments, to train existing climate models, enabling them to predict the future more accurately.

← The Family Tree: Where does Driftwood come from? Character Actor: What roles does driftwood play? → 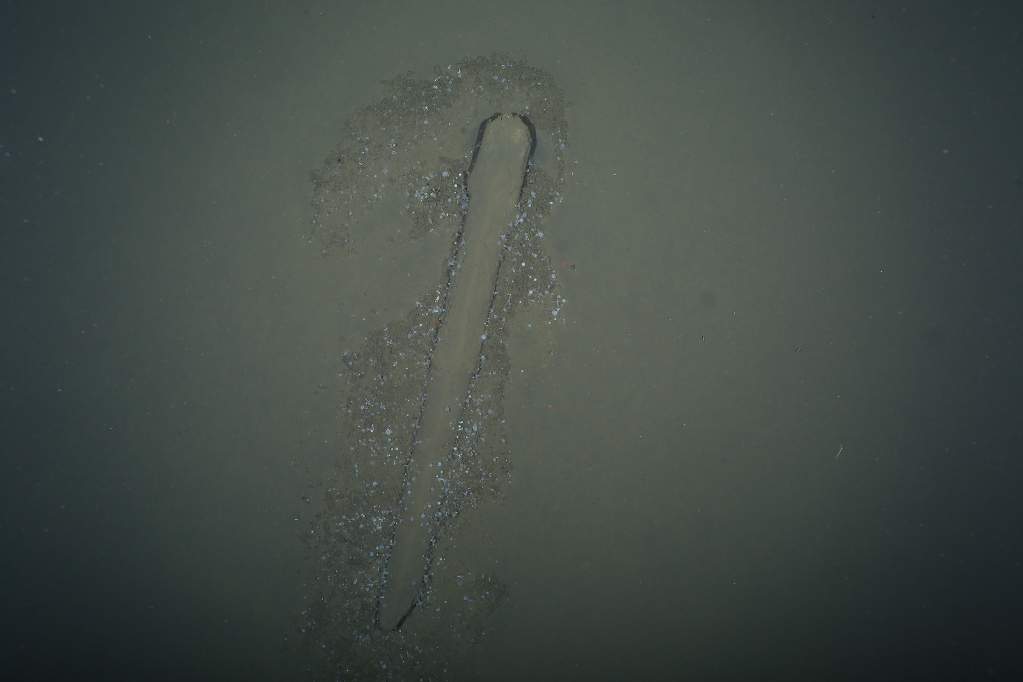